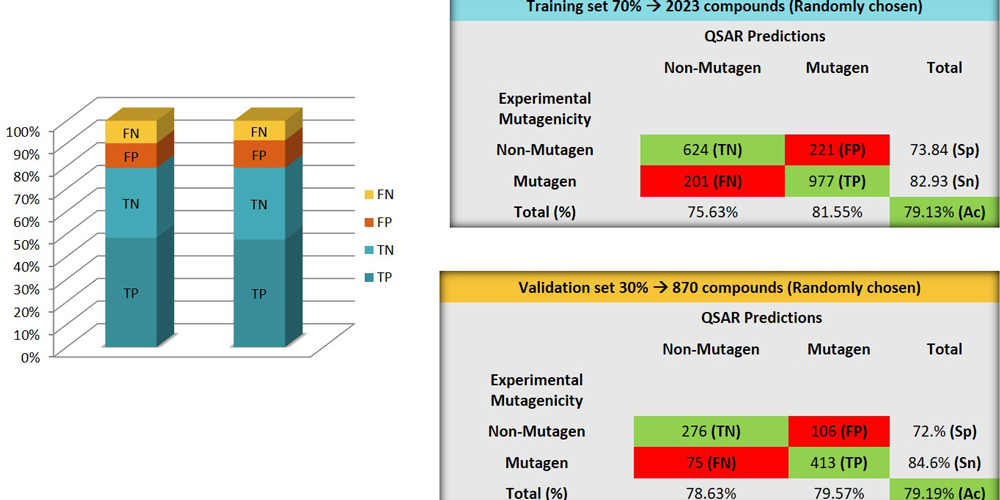 Our colleague Sergi Gómez has participated in the congress organized by the Spanish Society of Environmental Mutagenesis (SEMA), which this year has taken place in the Escuelas Pías de San Fernando (UNED Madrid). This event has allowed to bring together national and international researchers related to mutagenesis and environmental genomics, in each and every one of its disciplines, addressing different issues such as the bases of DNA damage and its repair, mutagenic processes, heritable effects, genetic and epigenetic alterations in the genome function, and their relevance in the appearance of diseases.

Sergi gave a talk entitled “New advanced tool for the computational estimation of mutagenesis”, in which he presented the recently developed ProtoQSAR models for the estimation of mutagenicity by computational methods. First, he presented a model built from a database of 2,635 chemicals, one of the largest used to date. This model was validated in a set of more than 1,400 compounds, obtaining a percentage of success close to 75%.

Next, Sergi presented a second model made by us with a database of “drug-like” compounds, that is, considering exclusively compounds belonging to the so-called “chemical space of the drugs”. The reason for developing such a model is that the prediction of mutagenicity has a high regulatory interest in the case of pharmaceutical impurities. By delimiting in this way the domain of applicability of the compounds used to develop the model, we achieved close to 80% success rates of right predictions, which far exceed those obtained by the commercial programs currently available. Furthermore, this ratio of success is even similar to the obtained with the commonly used in vitro tests such as the conventional Ames test.

The ProtoQSAR models therefore represent a significant advance in the estimation of the potential mutagenicity of chemical compounds, not only because they are statistically better than those currently available, but because their high efficiency allows their use for replacement at a lower cost of classical trials. Our chemoinformatic models are a cheapest and great alternative allowing to comply with regulations such as those established by the International Conference of Harmonization (ICH) for drug impurities.

View all posts by protoqsar →